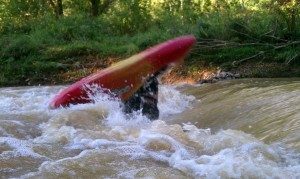 We have big plans in the works for all you loyal MuRFers! 2017 is going to be our best year yet! I just wanted to take a couple minutes to tell you about the changes we’re making.

Our Muddy Rivers Festival dates are a week later from last year. March 24-26, 2017.  We did this to try and not step on the toes of the Ocoee opening weekend, and the Cheoah release.  Last year that was a conflict and we apologize for it. But as you all know, the Spring is the best time for whitewater events, so if we’ve overlooked something, just let us know. 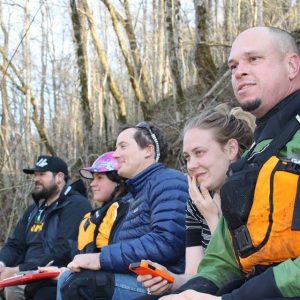 We have new developments this year.  We plan on still doing the demo court (open to the public) at Waterloo Falls this year. Though we are adding another bluegrass act down there as well as a hot dog vendor.  We are hoping to see our old pal Pat Keller with his Liquidlogic Kayak demo fleet, as well as Dane Jackson with his Jackson Kayak  Fleet.  We have also contacted several raft companies and are hoping they will bring some rubber to demo. As you know the demo court is just above Waterloo Falls so you’ll be sure to see some boaters hucking it, or if it so suits you, you can run that manky 35ft reconnect!

A new addition this year is our first annual Dirt Bag Paddlers downriver race.  That’s right. Get your practice laps on Spring Creek now because DBP magazine is hosting a race! I’m not sure on the course yet as in where they’ll start or finish but I do know it’s going down!!! Expect all classes of whitewater craft. 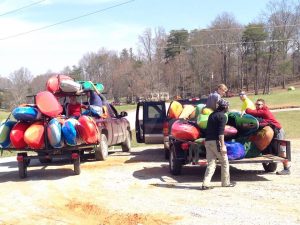 Another highlight is our World Kayak Hometown Throwdown Big Air ramp and trick competition at Tom’s house. This will go down Saturday afternoon and will be pure chaos just like last year! Remember Nick Troutman’s sick kickflip off the ramp last year? NASTY!!!

For music, we’ve scaled back on the number of musicians this year, but scaled up on quality.  Our stage manager, Nick Cross, will headline for you Friday night, and Fish On! will be back to headline Saturday night. Many more musical acts to be announced soon.  Also there will be live music and DJ’s in the bar both nights! Also, Sweetwater Sound has agreed to sponsor us, so expect double the sound of last year, guaranteed to make your sensitive kayaker ears bleed. We’ll keep it turned down for you though.  Nate Thompson, with Boots on Broadway  and Music in your Memory, has also gotten on board to help us find musicians to fill the ranks. Stay tuned for a blog post about our musical lineup in the coming weeks as we count down to #MuRF!!!!!!

Our disc golf course will be set up again huge thanks to Shawn Groton with The Nashville Disc Golf Store, but this year it will feature a disc claiming water hole, in addition to the previous  9 holes from past years, in the new 50 acres on the back side of the property. Sunday morning we will hold a random selection doubles round of 20 holes where a set of MuRF Gateway Putters will be up for grabs. 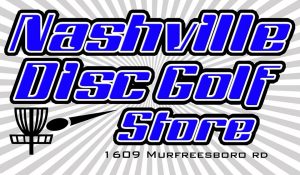 Now for the most important piece of information.  We will raffle off another brand new Jackson whitewater Kayak at the end of the festival this year. Tickets are only ten bucks, no limit on how many you can buy.

All proceeds for our awesome festival go to Team River Runner, a VA service that helps VETERANS overcome PTSD and other service related injuries through running the river.  We will also host a Gear Drive that will benefit Nashville Team River Runner.  Bring any old piece of paddling gear to donate and receive a tax deduction on your 2017 taxes. Be it an old skirt, a PFD, a helmet, an old kayak, or whatever! All donations accepted! 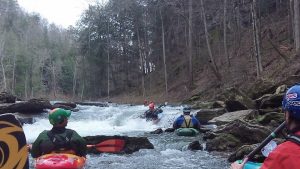 Check out these MuRFtacular videos!!